•    B.A. UC Santa Barbara
•    California Teaching CRED, San Francisco State University
Lisa grew up just down the road from Saklan in Orinda, CA. She received her Bachelor's degree in Biology from UC Santa Barbara and her teaching credential from San Francisco State University. Lisa taught high school Biology for several years at a few local schools, including Acalanes High School and Las Lomas High School, before taking a break to raise her children James and Emily. In 2015, with her children nearing college, Lisa decided to resume her career and began teaching 5th grade at Saklan. The decision to teach at Saklan was an easy one for Lisa based on her long history and deep involvement with the school. It all started back in the 1980's when her younger brother was a student at Saklan (previously named The Carden School), and she drove him to and from school every day. In 2004, she enrolled her own children at Saklan and spent the next ten years serving in various roles, including room parent and auction chair, as well as multiple positions on both the Parent Association Board and the Saklan Board of Trustees. She believes wholeheartedly in the school's mission of thinking creatively, acting compassionately and living courageously, and strives to incorporate these ideas into her classroom lessons each day. 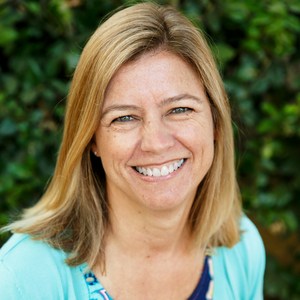